Hello John,
Have acquired an Alexander Henry Hammerless single shot sporting rifle, calibre .577/.450 MH. Serial number 2817 entered in the Henry books on 31Aug1872.
The interesting bit is that the buyer was one "Col. Gordon"

My rather meager skills at internet sleuthing have turned up only one active British Army "Col. Gordon" from the 1872 era, and that looks to be Col.(later Major General) C.G. Gordon. ie: "Chinese" Gordon or later "Gordon of Khartoum".

Having internet searched available British Army records, available published letters, and various short biographies I cannot find any mention of Col. Gordon and hunting exploits or mention of his rifles or guns. Only that he was an avid hunter.
Would you have any suggestion as to narrowing down the possibility of this rifle having been bought and owned by C.G. Gordon.

Circumstantial evidence seems to point to Gordon as the original owner, but the confirmation may be lost to the mists of time? 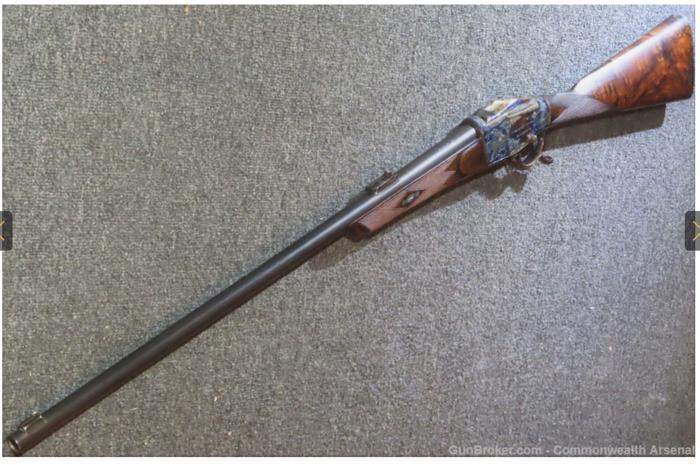 I will give this some thought but haven't got any ideas at the moment. I think this may well be Gordon of Khartoum. He was, of course, of Scottish descent and a Henry rifle fits nicely. The entry in the books simply as "Col. Gordon" might indicate the fact that Gordon was already famous and well known to everybody, so no further info was necessary. Most senior army officers were dedicated sportsmen.
Top

Col. C.G. Gordon actually was a personality even before his promotion to full Colonel in Feb.1872.
His exploits in China in the 1860's commanding the defeat of Taiping rebels, and attendant diplomacy earned him the nickname "Chinese" Gordon and he was rather widely known of at the time.
I do have copies of Alexander Henry records enroute via Post from Dickson.
Cheers, Mike
Top
Post Reply
3 posts • Page 1 of 1