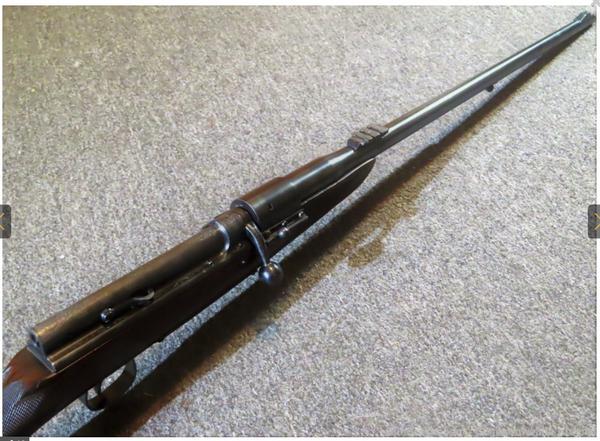 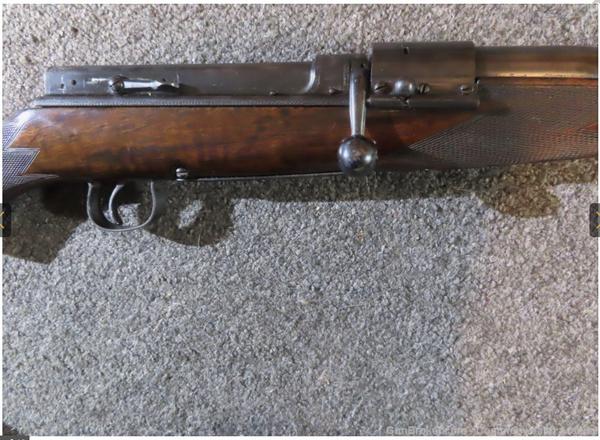 Very interesting James. The Cogswell & Harrison book (Cooley & Newton) doesn't tell us very much and doesn't mention the new model. May I ask how many cartridges does the magazine hold? Presumably this rifle never had a telescopic sight fitted to it? Is it sighted up to 400 yards?

We have no certain dates for this firm either in Madras or Rangoon. Do you have any idea? These two cities are rather a long way apart. What persuaded the owners to open up there?

Hello John,
The CERTUS is a fairly rare enigma, I think only about a dozen or so are known to exist?

I have pulled the appellation "New Model" from the C&H 1903 catalog, evidently the original CERTUS introduced in 1890 was redesigned/upgraded and then patented in 1900, seemingly to be able to handle larger & Cordite/smokeless cartridges.

The CERTUS looks to have been offered in a flush magazine (or also a blind magazine) that held 2 down (as this one) as well as a removable "drop magazine" that held 3 down.
One was able to slip a cartridge into the chamber ahead of the full magazine (spring loaded extractor) so there was the +1 feature.

Never drilled for a scope, God knows how you might mount it anyway? Standing 100 yard and then 200 & 300 yard leaves on this one.

Madras & Rangoon....yes, quite a rail journey between each........No definitive answers as to Peter Orr & Sons in India or Burma. The Rangoon store had to have been there to serve British military, expat, and civil service?

Interesting: https://en.wikipedia.org/wiki/British_rule_in_Burma
The article mentions: "Burma is sometimes referred to as "the Scottish Colony" owing to the heavy role played by Scotsmen in colonising and running the country"
Peter Orr was Scottish.....

I have searched the censuses but found nothing definite. There was a Peter Orr recorded in the USA so maybe after India and Burma he retired there. Telescopic sights were mounted on a fore-end bracket because they couldn't be mounted over the barrel. If I ever get back to the British Library I'll have a look at Thacker's Directory to see if I can find out more- everyone in India was listed bat work and home but with about 50 books to look at it will be quite a job!

Just an update; my Certus is almost ready to "come home" from a proper sympathetic restoration of the metal with a pick up on the rather heavily buffed engraving.
The bolt face needed to be repaired due to gas cutting and corrosion from pierced/leaking primers, and probable inattention to proper cleaning.

This grand old lady will soon be ready for another 118 years. Updated photos in due time.
- James
Top
Post Reply
5 posts • Page 1 of 1